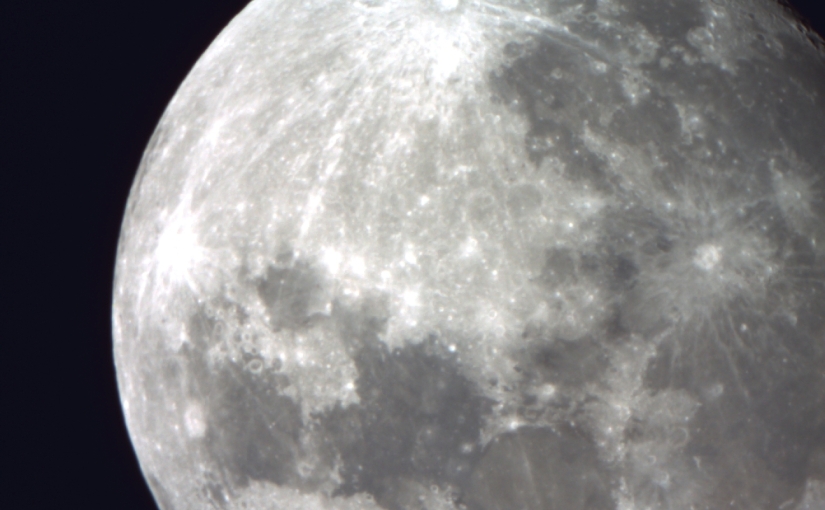 The field in which the interaction of electrically conducting fluids (i.e. plasmas) and magnetic fields are studied is called magnetohydrodynamics (MHD). As an undergraduate, I investigated the MHD processes occurring in the core of Jupiter. The project had two components: calculation of the magnetic field by coding via MATLAB and investigating the magnetohydrodynamics of the metallic hydrogen in the jovian interior.

The purpose of this post is to derive the the induction equation of MHD from first principles as well as to describe one of my undergraduate research topics.

We start with Maxwell’s equations of electrodynamics:

In the above equations,

is the electric field,

is the magnetic field,

is the charge density,

are the permittivity and permeability of free space, respectively, and

is the del differential operator.  In the context of ideal MHD, we assume that the displacement current (the second term in Eq.(4)) becomes negligible since the velocities considered are believed to be non-relativistic. Therefore, Eq.(4) becomes

A few ancillary expressions are required at this point, namely: Ohm’s law

and the Lorentz force

in Eq.(5) and substitution into Eq.(6) and then solving for the electric field

Taking the curl of the electric field above, while noting the identity

we get the induction equation

is the magnetic diffusivity.

The induction equation is the first of the basic equations of ideal one-fluid MHD.