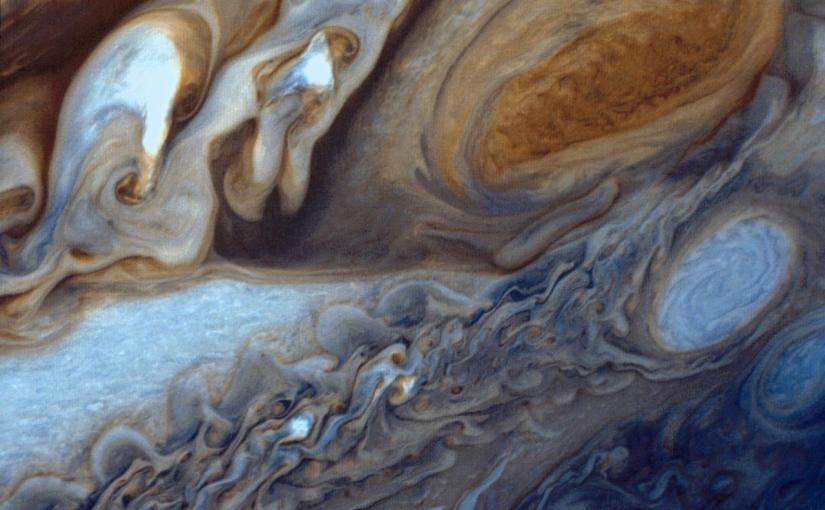 Metric Spaces are one of those mathematical topics that everyone intuitively understands. The best example of this is that of three dimensional Euclidean space

. This serves as the basis for the intuitive concept of a “space”, and our ability to ascribe a distance between to points in three-dimensional space can be described by a distance function

, or a metric. The underlying set

together with the metric

form what is called a metric space

To be more mathematically precise, we make the following definition.

Definition. A metric space is a set

together with a rule which associates with pair

As an example, suppose that the underlying set

and the metric coupled with this set is defined by

. To verify that this indeed a metric space we must show that the four axioms are satisfied.

is a metric space.
Proof. Let

. Then by definition of

and by definition of the absolute value function, we have that

, so that axiom 1 is satisfied. Suppose now that the points in

are equal, i.e. that

. Then by definition of

By the triangle inequality we have that

. Thus, condition (2.) is satisfied and hence the distance between two points in

is zero if and only if the two points are the same. To prove condition (3.), let

. By virtue of the definition of the absolute value, we can say that

Thus, we see that the arguments of the proposed distance function is symmetric with respect to its arguments, namely any real numbers

, then the distance function between the points

wherein we add zero in the form of adding and subtracting the point q (a very common trick in analysis). Then by the properties of the absolute value it follows that

,
where by the last equality follows from the definition of the distance function. Therefore, all four conditions have been satisfied, and hence by our definition of a metric space, it follows that

is indeed a metric space.