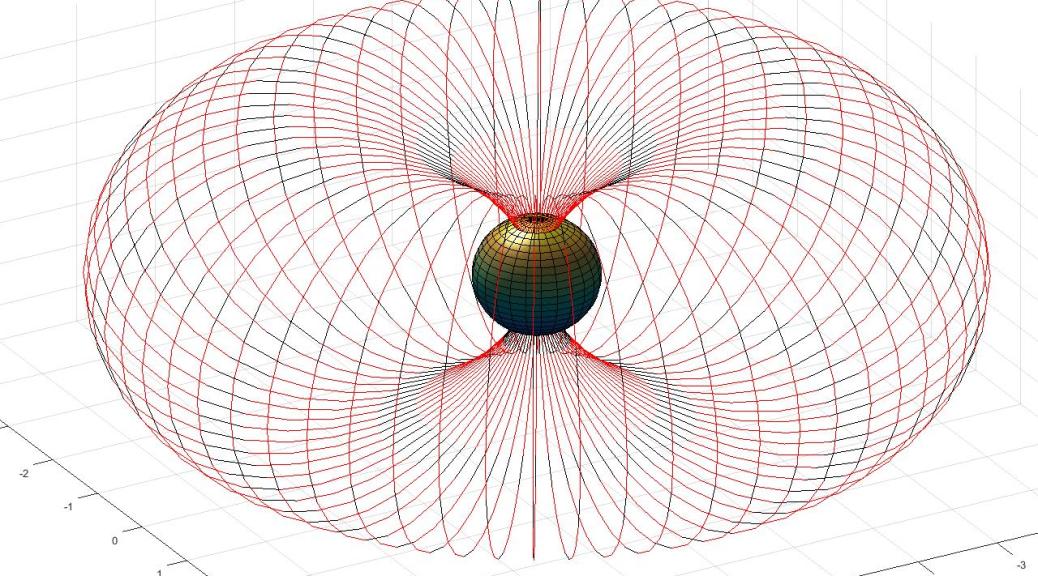 SOURCE FOR CONTENT: Davidson, P.A., 2001, An Introduction to Magnetohydrodynamics. 3.

The purpose of this post is to introduce the concepts of helicity as an integral invariant and its magnetic analog. More specifically, I will be showing that

is invariant and thus correlates to the conservation of vortex line topology using the approach given in the source material above.  I will then discuss magnetic helicity and how it relates to MHD.

Consider the total derivative of

where I have used the product rule for derivatives. Also I denote a total derivative as

so as not to confuse it with the notation for an ordinary derivative. Recall the Navier-Stokes’ equation and the vorticity equation

If we divide by 2 and note the definition of the scalar product, we may rewrite this as follows

With this in mind, consider now the total derivative of

multiplied by a volume element

When the above equation is integrated over a volume

Hence, Eq.(11) shows that helicity is an integral invariant. In this analysis, we have assumed that the fluid is inviscid. If one considers two vortex lines (as Davidson does as a mathematical example), one finds that there exists two contributions to the overall helicity, corresponding to an individual vortex line. If one considers the vorticity multiplied by a volume element, one finds that for each line, their value helicity is the same. Thus, because they are the same, we can say that the overall helicity remains invariant and hence are linked. If they weren’t linked, then the helicity would be 0. In regards to magnetic helicity we define this as

Again, we see that magnetic helicity is also conserved. However, this conservation arises by means of Alfven’s theorem of flux freezing in which the magnetic field lines manage to preserve their topology.